After Recep Tayyip Erdogan appointed AKP-affiliated Melih Bulu as the rector of prestigious Bogazici University, students and academicians from all over Turkey and the world reacted with protests.

Rector appointments were ongoing in Turkey at the pleasure of Erdogan since the Presidential Decree No. 3 was issued during the state of emergency in 2016, following the failed coup attempt. The appointment to Bogazici University (Turkey’s highest-ranked university) has exceptionally drawn severe criticism because the university is considered as one of the last universities to preserve free speech and academic freedom against government pressure. Erdogan’s appointment of a former ruling party political candidate to Bogazici is therefore not surprising.

Who is Melih Bulu?

Melih Bulu has completed his Bachelor’s education at the Industrial Engineering Department of Middle East Technical University and his master’s degree at Bogazici University’s Business Administration Department. He received his doctorate in the field of management and organization. He has previously served as a part-time lecturer at Bogazici and Istanbul Ticaret universities. He was the rector of Halic University before he was appointed to Bogazici.

Even though some consider Bulu as a qualified academic due to his educational background, it is claimed with substantial evidence that his doctoral thesis was copied from other papers. Bulu dismissed the plagiarism allegations as “slander” while the government banned access to Bulu’s thesis.

It is further argued that Bulu managed to get away with plagiarism due to his political ties to the ruling party AKP. He founded the AKP’s Istanbul province Sariyer district chair in 2002. He was also the Deputy Head of the Istanbul Provincial Directorate responsible for the economy in the AKP Provincial Administration. In the 2009 local elections, he was the ruling party candidate for Atasehir Municipality. Students severely criticized Bulu’s past political career and his plagiarized thesis, deeming him as the “hatchet man” of Erdogan.

What do the students want?

In their press statements, students emphasize that they are not affiliated to any political party or organization but rather unified under one main goal, that is to replace the appointment system by democratic rector elections. Here is an excerpt of their first press statement:

“This appointment, made in defiance of the will and the freedom of the university community, is a completely political move … It is essentially important that the universities are not political tools of some persons or institutions … We do not accept this intervention against the decision-making mechanism of our university.”

The students demand the withdrawal of the appointments of rectors to all universities. Students from other universities also organized resistance movements in solidarity with Bogazici and joined the protests.

On a television program, Bulu attempted to comfort the students that he is a very likable and student-friendly rector who would not interrupt Bogazici culture by saying that he listens to hard rock and the metal band Metallica. “Metallica” quickly became the top trending hashtag on Twitter in Turkey. Students danced to Metallica songs the next day on campus to make it clear that it is not the character of Melih Bulu that they are against but rather the undemocratic system of rector appointments by Erdogan (see YouTube for “Master of Puppets” performance by Bogazici students).

Dozens of students detained and arrested

Hundreds of students gathered in front of the Bogazici South Campus on January 4 to march against the appointment of Bulu by a presidential decree. During the protests, students clashed with the police while trying to remove the barricades set up in front of the campus and were exposed to tear gas in the meantime.

The photograph below marked a historic moment in Turkey and became the symbol of the resistance movement. In handcuffing the gates of Bogazici, the police symbolized the crackdown on academic freedom, free speech, and democracy. 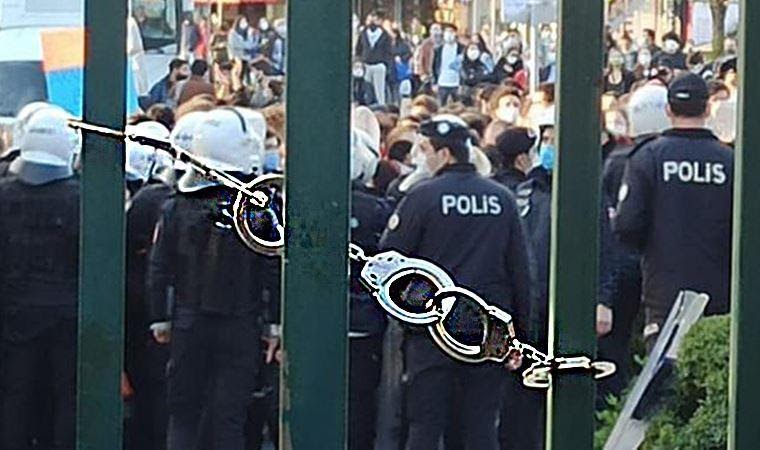 Among the slogans chanted by students were “Melih Bulu is not our rector”, “Students and teachers are in solidarity”, “The universities will become free with us”, “We do not want a trustee as a rector”.

The police forcefully entered dozens of students’ homes to arrest them on the night of the protests. Images of broken doors and the damaged property went viral on Twitter. Of the 40 detainees, 24 of them were referred to court on the charges of “resisting the police” and “violating the law on meetings and demonstrations.” 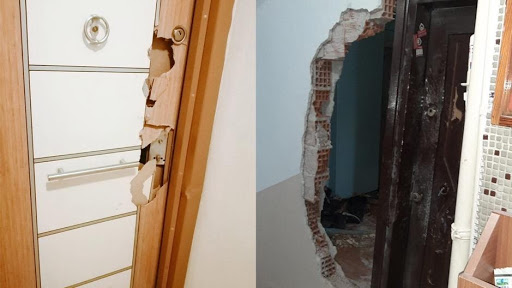 According to the lawyer of the detained students and medical reports, the students were subjected to unlawful strip-search and were beaten in the detention center. A student who was released after the court hearing describes his experience as follows: “The police broke into our home around 6 a.m. When I woke up with the noise, I found my parents forcefully laid on the ground. I was rear-handcuffed until we arrived at the detention center, where the police strip-searched me. We were not given enough water and food.”

Solidarity protests from all over the world

Academics at Oxford University have also issued a statement of support for Bogazici colleagues and students, “condemning the police violence and arrests towards students” and “calling Turkish authorities to respect the institution’s academic freedom and autonomy.”

Following the appointment of Bulu, several resignations were announced. On January 6, Murat Gulsoy, the Head of Bogazici University’s prestigious publishing house (BUPRESS), has resigned from his post. Zafer Yenal also stood down from his position as an advisor to the rector’s office. No academic has agreed to become the vice-rector of Bogazici University yet, which is “indicative of the success of this collective will” according to a statement released by Bogazici faculty. Academicians of Bogazici gather on campus every day to protest the undemocratic appointment by turning their back to the rector’s office. 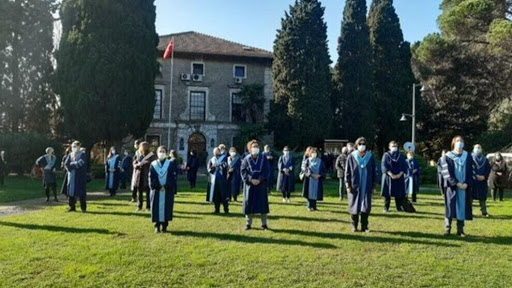 A serious challenge to Erdogan’s rule?

This categorization received widespread criticism on Twitter, especially by students who compared the two parties to the “Central Powers” and “Entente Powers” of World War I. It is claimed that the table above depicts a false picture of the protests, portraying them as some kind of a civil war born out of polarization. The last conflict most similar to a civil war was the 2013 Gezi Park protests which began as a defense of a small green space in Taksim Square but later turned into an opposition movement against Erdogan’s rule.

Devlet Bahceli, the leader of the coalition party, stated that the protestors were “trying to create a new Gezi uprising” and that the protests “needed to be crushed” before they grow any further. Bacheli is right in comparing the Bogazici protests to Gezi protests as students hold up political posters and wave rainbow flags in support of LGBTQ rights during their demonstrations. Recently, students commemorated journalist Hrant Dink at their campus on the 14th anniversary of his assassination.

Time will show whether what started as a demand for democratic rector elections can morph into a serious challenge to the government or not. As today marks the 28th day of the resistance movement against the appointment of Melih Bulu to Bogazici, students and teachers seem determined to continue their protests every day. Similarly, Erdogan is very unlikely to back off from his decision and give into the demands of the protestors whom he called “terrorists.”